How Paula builds her fantasy world

Vampires, Werewolves and Fairies, Oh My

3 Partners in Shopping; Nana, Mommy, and Sissy too!

Chalvaren Rising: The Dragonstone has returned
A Kingdom of Chalvaren Romance
Paula Millhouse 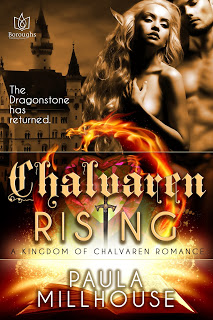 When Mia Ansgar follows Elf Prince Kort Elias back to the Kingdom of Chalvaren she wants her happy ever after, but Mia gets blindsided in a war where sorceress Isa Ansgar targets everything she loves with black magic and a legion of wraith-possessed elves, with the kingdom of Chalvaren as the prize.

Kort’s fallen hard for Mia, but despite their passionate new love affair, how can he possibly protect her when she refuses to listen to him? Not only does Magnus imprint on Mia, she insists on using the powerful magic of Chalvaren’s ancient artifact, the Dragonstone, to stand up against the threat of Isa Ansgar.

Isa wants the Dragonstone’s magic to raise a powerful wizard from the grave so she can claim Chalvaren for herself. But, when she attacks Castle Elias and kidnaps Magnus, she sets in motion a revolution of magic where the elves of Chalvaren band together to stop her malicious crusade. Will Mia convince Isa to turn away from darkness and rejoin the light before it’s too late?

With the love of Kort Elias, Chalvaren’s warrior-prince heir, Mia Ansgar will seize her birthright and become the great dragon-riding wizardess prophesied to free that elven kingdom from her embittered sorceress kin.

Chalvaren Rising is LIVE on Amazon 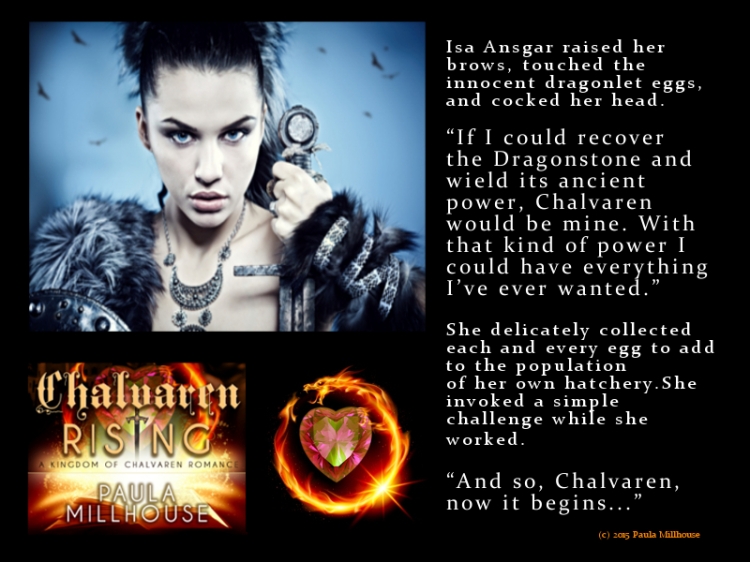