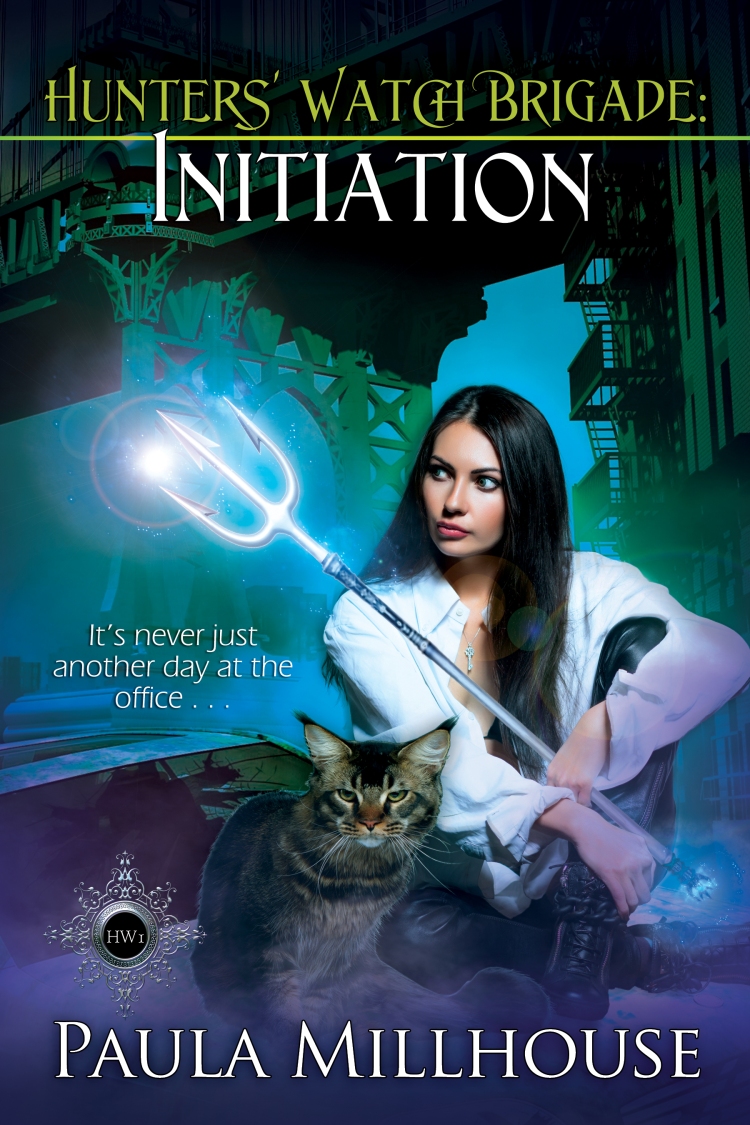 It’s never just another day at the office…

Demigod Samantha Silverton, a full-time monster hunter in the Hunters’ Watch Brigade, is on a mission to hunt down a scorned mermaid with her familiar Max when she finds out she has bigger fish to fry. Her mother—a powerful witch—has been abducted. And the most likely villain is her mother’s enemy, Francesca Rosencratz.

Being a familiar to a sexy monster hunter has its perks, but Max wants more. He might look like a cat, but he’s also Sam’s best friend…and the man who loves her. But in order to defeat Francesca, he’ll have to shift into his human form, something he’s avoided. Because once he’s officially a shifter, he’ll have to join the Brigade. And that could take him away from Sam for good.

But Francesca’s becoming more and more dangerous. She and a mysterious ally are working to take down the Brigade, and take over the paranormal community. Sam will have to dig deep if she’s going to save her mom. But Max will have to risk even more…to save Sam.

When supernatural creatures go rogue, who are you going to call?